Maximum surface temperature of 140°C on non-fire side

The Riyadh Bus Stops and Bus Rapid Transit (BRT) System Project is an integral part of the transportation facilities currently being developed for the city of Riyadh, including the new Riyadh Metro. It is an extremely high-profile project providing unique stations for the BRT, as well as a comprehensive network of comfortable and functional passenger facilities.

Ancillary works include 19 bridges servicing the BRT stations and two large Park and Ride areas. All but the smallest of the passenger pick up facilities are architecturally designed, enclosed, and fully air-conditioned.

Invicta was approached to design and install 6.6m wide x 24m long Durasteel fire-rated ceiling protection for three mechanical/electrical rooms, a corridor and a staircase area in the Eastern and Southern terminuses of Riyadh’s bus stops.

This would involve the use of a Durasteel ceiling with mineral wool insulation that would contain an electrical fire to the room, stopping the fire from spreading through the void between the top of the room walls and the structural beams above. It would need to be hung from the existing structural horizontal steel beams, and the complete system would have to be approved as per the Certifire fire certification.

The system would also have to limit the surface temperature of the ceiling to 140°C on the non-fire side in the event of a fire to reduce the exposure of the building’s main steel structure to high temperatures.

The ceilings had to be hung at a height of approximately 3m above the ground from the existing steel beam supports, which were located 4.5m above the ground level. As the roof and its trusses had already been installed, access to install the ceiling frames, panels, and insulation was only possible via fixed scaffolding from below. The ceilings also required cleaning due to dust and rockwool, and

The fire-rated ceilings were installed by firstly fixing the brackets and hangers to the beams, and then installing the framework and Durasteel panels, leaving one panel open in each room to allow access above, and for the ceilings be fully closed later. All items were properly inspected and cleaned after installation.

As a replacement for standard mechanical anchor bolts, chemical sleeve anchor bolts were used in some areas where hollow block walls were present. This was ultimately achieved without affecting the durability and integrity of the installed system.

The Durasteel ceiling was successfully installed by a team of twelve Durasteel engineers, and completed in eight weeks. The system was signed off and certificated as per the client’s specification and protection requirements. 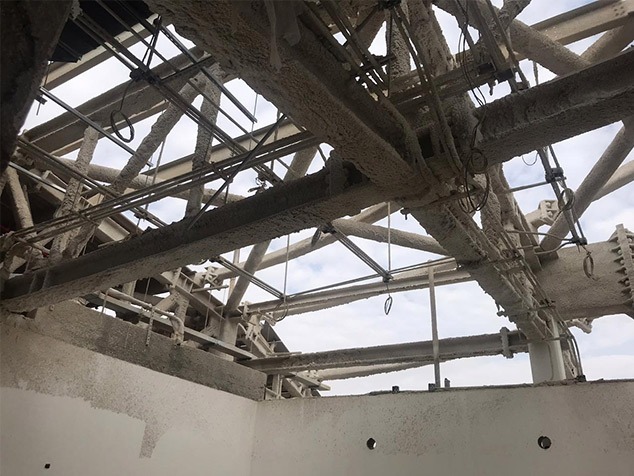 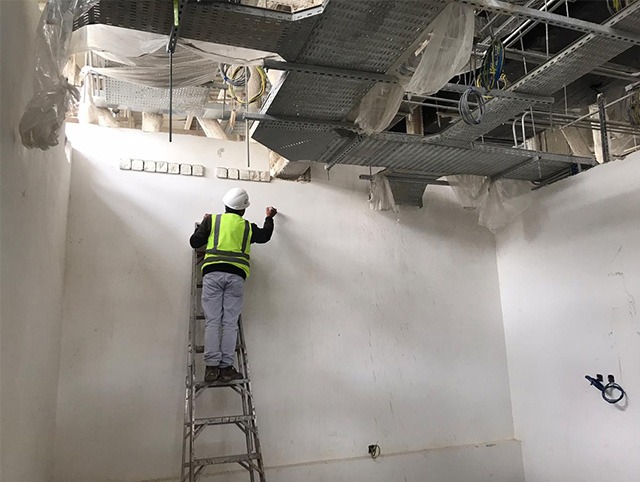 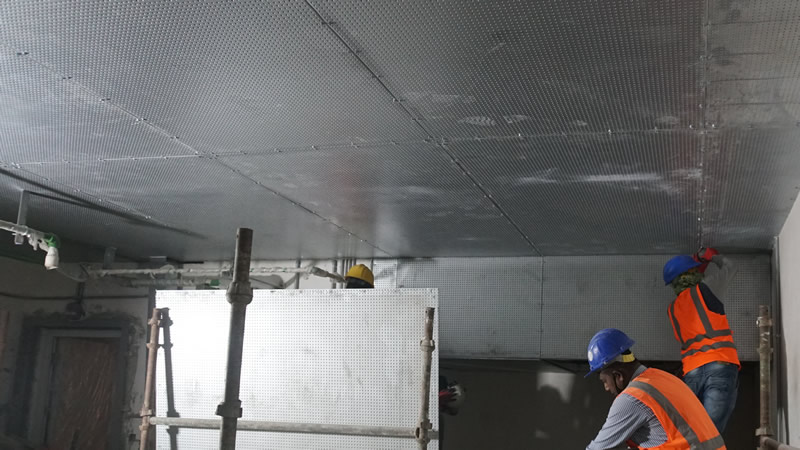 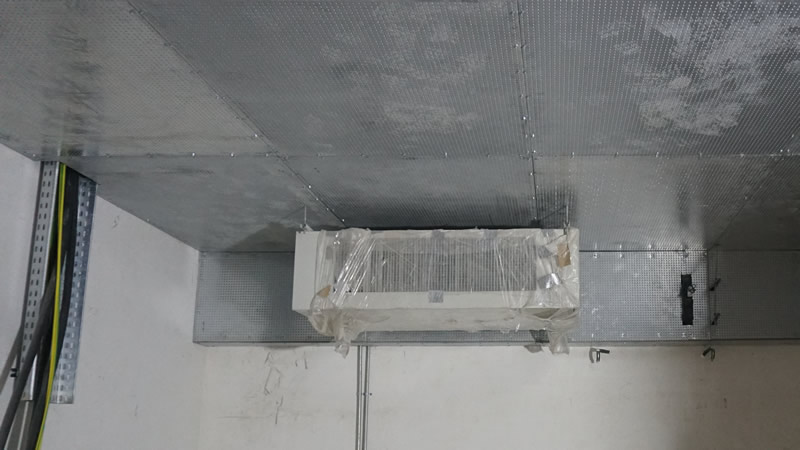 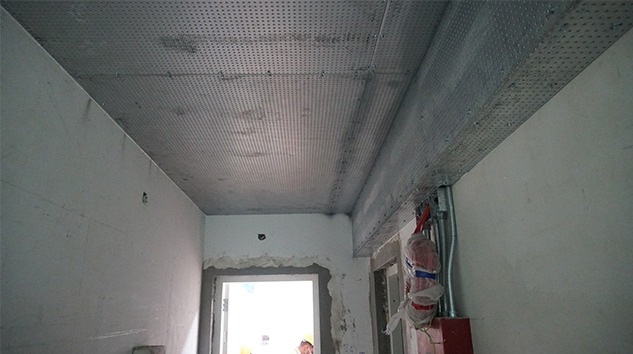 Maximum surface temperature of 140°C on non-fire side