Qatar Rail is a railway company owned and operated by the Government of Qatar. Established in 2011 as part of the Qatar National Vision 2030, Qatar Rail is responsible for designing, commissioning, building, operating and maintaining all rail networks within the State of Qatar, including the famous Doha Metro, widely recognised as one of the world’s most advanced metro systems. Invicta Durasteel was approached to design and install an Over Track Exhaust (OTE) duct in five underground stations on Doha Metro’s Red Line South, at an average depth of 20-30 metres below ground level.

The OTE forms part of the Tunnel Ventilation System (TVS) and has three primary functions:

The arrangement of each station consisted of a single central platform 165m in length, with a 4-sided OTE duct located approximately 5m above the full length of each track on either side of the platform. These would be connected together by a crossover plenum ceiling at each end of the platform above the Tunnel Power Supply (TPS) room, which returns to the Tunnel Ventilation System shaft. This shaft contains a series of extraction fans, which then exhaust the smoke up to ground level.

This would be one of Invicta Durasteel’s most expansive and high-profile projects, with an estimated timeframe of two years and a team size of 160 operatives. The OTE duct system would have to provide a 2-hour fire rating in both directions (“Type A” fire outside to inside and “Type B” fire inside to outside), and would require a design life of 30 years.

The OTE would have to withstand the internal extraction fan pressure of -1000Pa, as well as the piston effect pressure generated by the trains passing on the underside of ±1500Pa – meaning a net pressure of ±2500Pa. The OTE would also have to allow for foot traffic on the inside, to allow maintenance personnel to walk inside the duct.

In order for equipment to be delivered to the track level, there was a large opening in the concrete slab midway along the track area on each OTE. As this was located directly along the OTE route, the OTE in this section would have to transition from a 4-sided OTE to a 2-sided OTE – using the concrete wall and slab as the other two sides, and traversing around the opening.

Due to its large size, the OTE would also need to be pre-fabricated on the track level, and then lifted and installed from mobile scaffolding and scissor lifts. This decision was made in careful consideration for the health & safety of personnel, in regards to lifting and fixing methodology and best practices.

Invicta Durasteel designed a 4.2m wide by 1.2m high by 165m long 4-sided OTE, running the full length of each platform. This transitioned into a 2-sided transition section around the transformer delivery opening, and was fitted with 24 no 900mm x 900mm VCD extraction grilles, through which the smoke and air would be extracted.

Each OTE is connected by a 3.5m wide x 1.5m high x 15m long fire-rated plenum ceiling, which then returns to the TVS shaft. The full system weighs approximately 40kg/m² – many times less than an alternative concrete solution would need to achieve the same performance.

Invicta Durasteel successfully designed and installed a 2, 3 and 4-sided OTE duct and plenum ceiling system with full third-party fire certification, as well as the full approval of the client and local civil defense department.

The duct was pressure tested in accordance with BESA DW143 standard to ensure that air leakage remained within acceptable values, and that the system remained fully operational under all conditions. 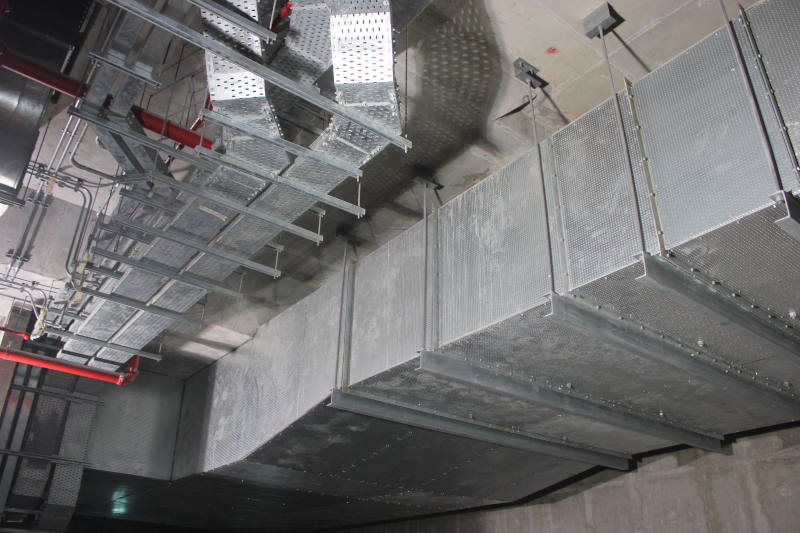 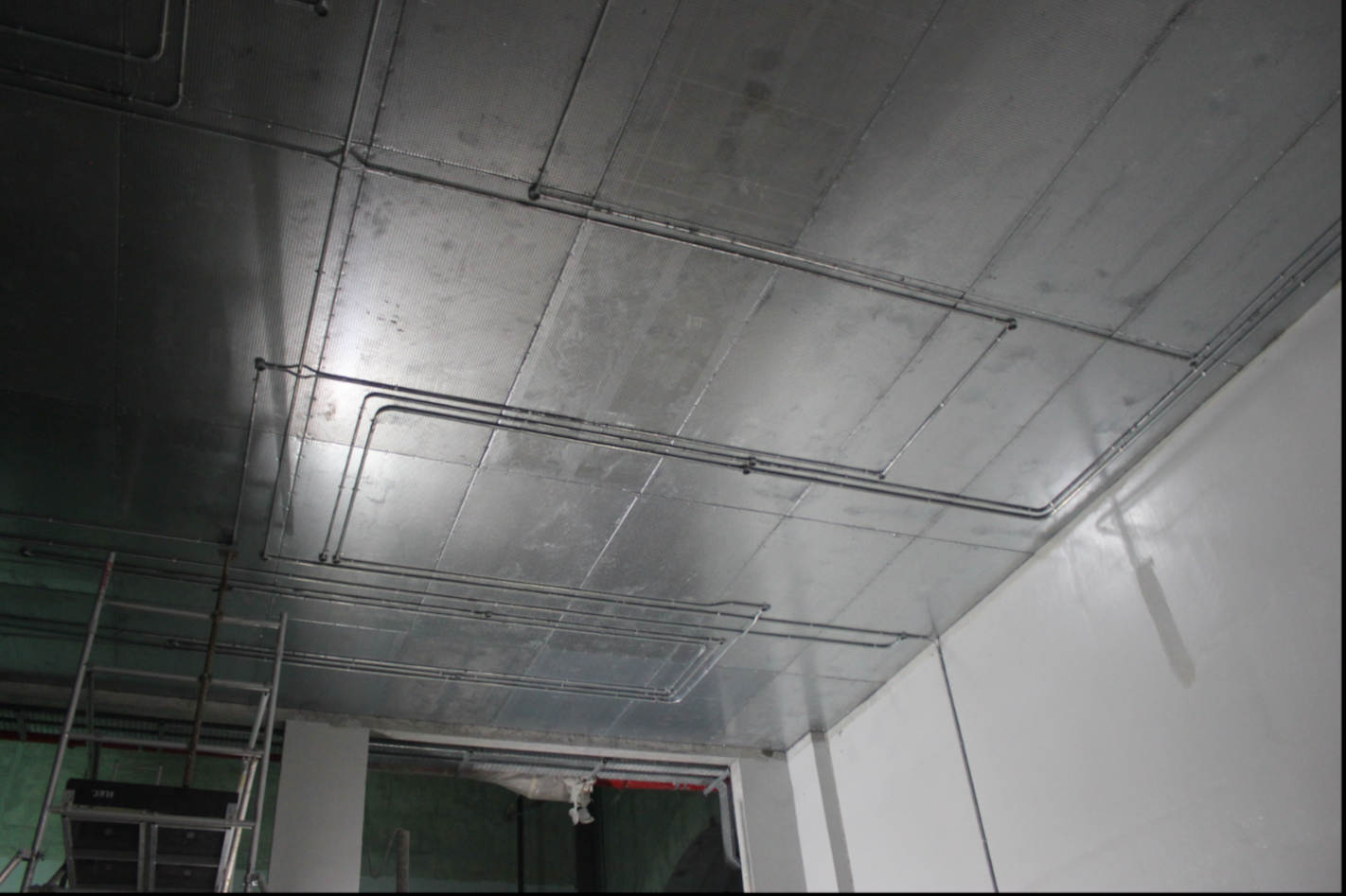 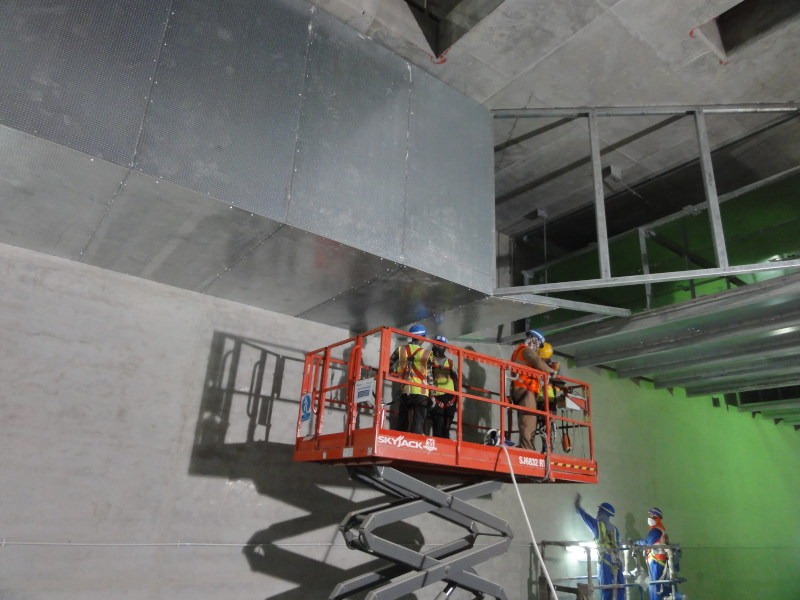 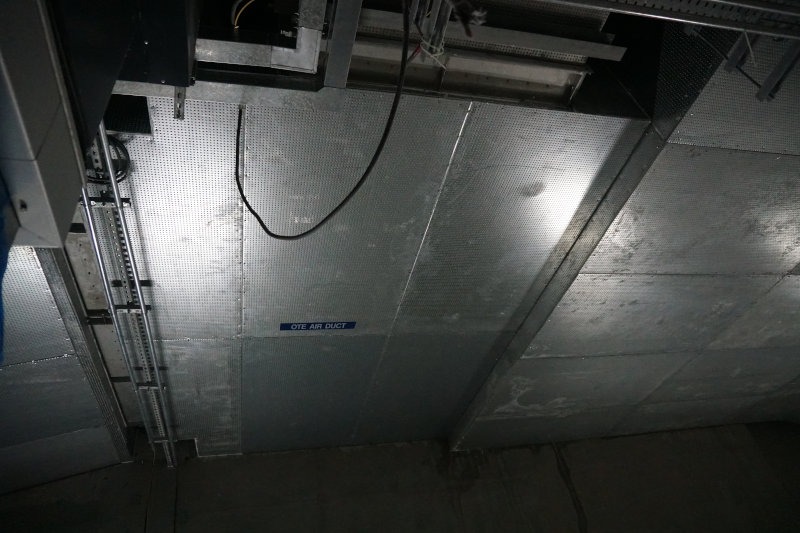 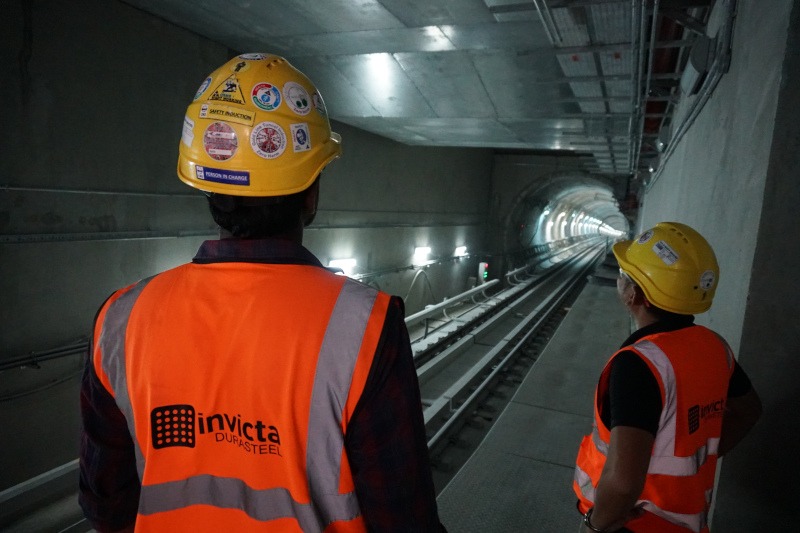 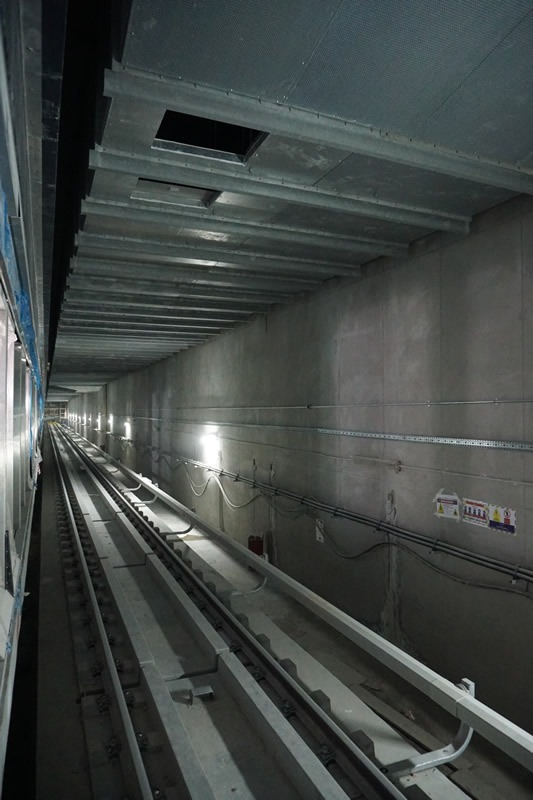 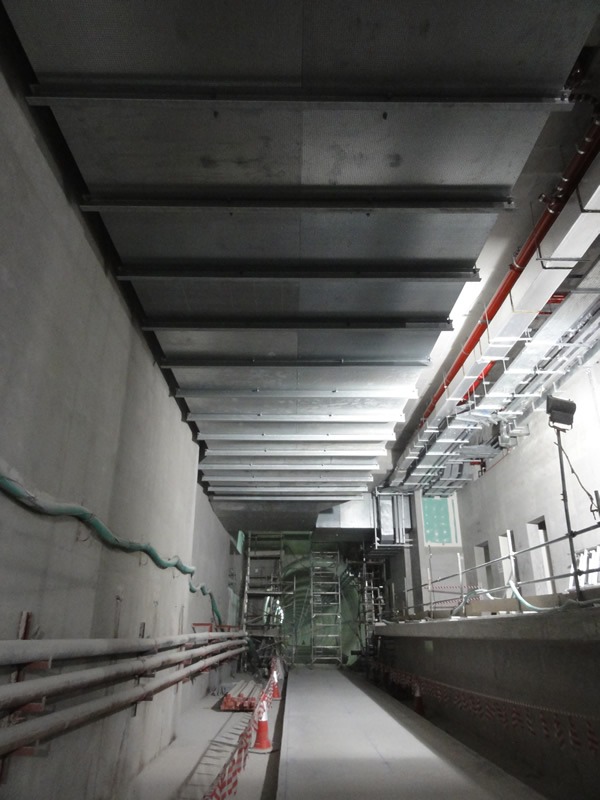 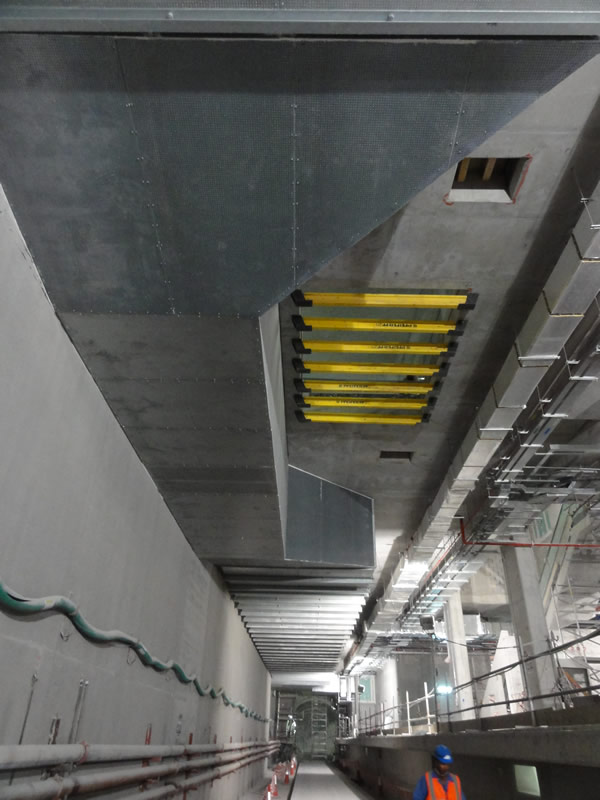 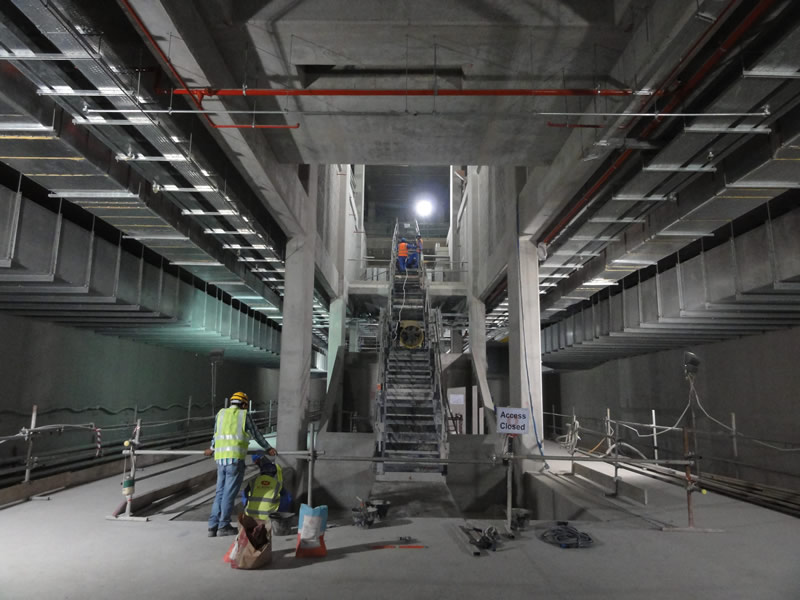