The world’s largest desalination plant, the Dubai Electricity and Water Authority (DEWA) Jebel Ali Desalination Plant located in Dubai, which has an electrical capacity of 2,000MW and purifies around 480 million litres of seawater daily, has recently had Durasteel extensively installed across the facility by our Middle East division.

Underground tunnels and cable routes run across the entire desalination site, connecting various buildings at below-ground level and housing cables vital to the operation of the plant. In order to isolate these tunnels and buildings from any potential fire hazards, site consultant, Fichtner Consulting Engineers, and main site contractor, Doosan Heavy Industries and Construction, decided that fire barriers were an essential requirement in the tunnels in order to maximise safety, contain the spread of fire and limit the damage caused in the event of a fire occurring.

The requirement was to construct fire barriers to provide effective compartmentation in the following typical locations:

It was identified that fire barriers were required at 79 separate tunnel locations across the site in order to effectively isolate a fire occurring within the tunnels, and that each barrier must provide 2 hour fire protection and withstand high numbers of door openings and closures every day, in addition to being fully demountable and relocatable. The size of the fire barrier at each location was designed to be 2.80m wide x 2.20m high, with each fire barrier containing one 2 hour fire rated access door and cut-out provisions for 6 cable trays on each side of the door to pass through the fire barrier, with the penetrations being filled with firebat.

Working in harsh underground conditions and with extremely limited manoeuvring space, each Durasteel barrier was installed in phases, with provisions for cable pulling and fixing of the access fire doors at a later stage. Erection of each complete barrier, including the fire doors and penetration sealing, took less than 2 working days from start to finish.

With the project deemed a success, Durasteel was then specified for use on the same site as removable generator barriers. 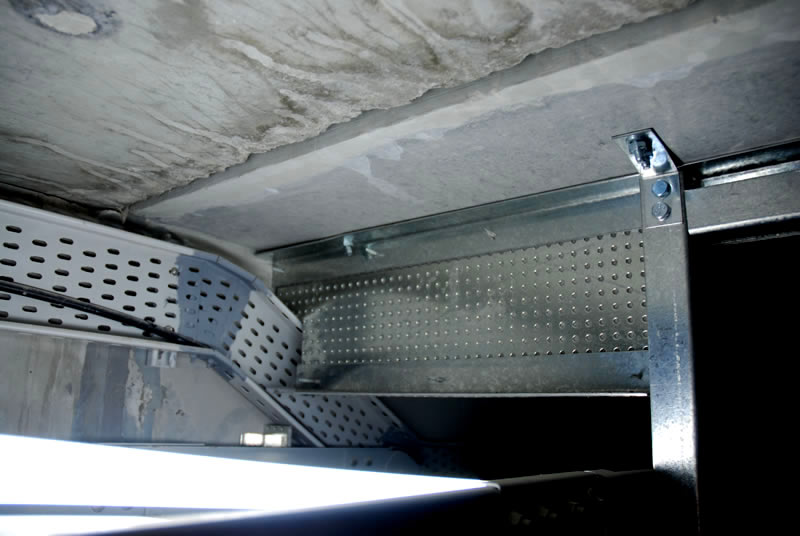 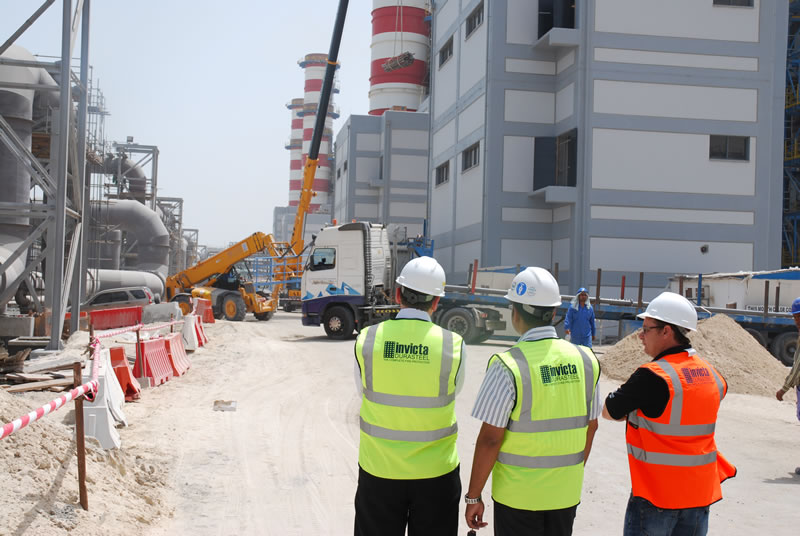 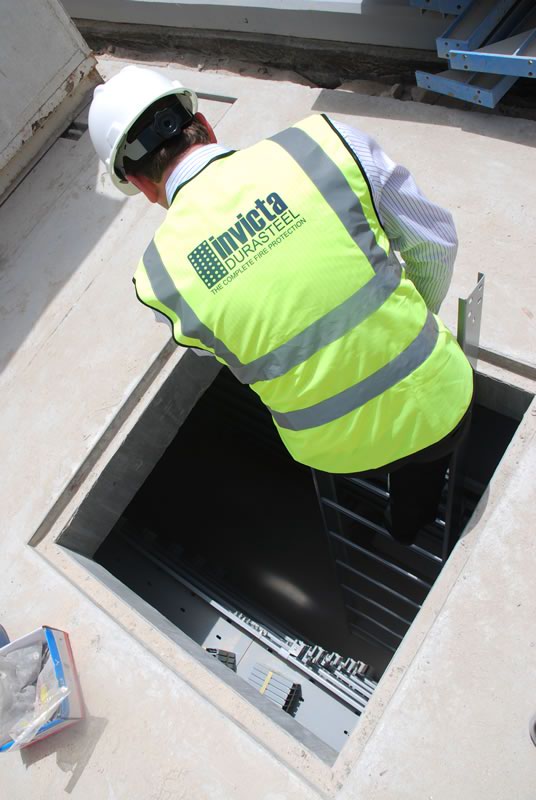 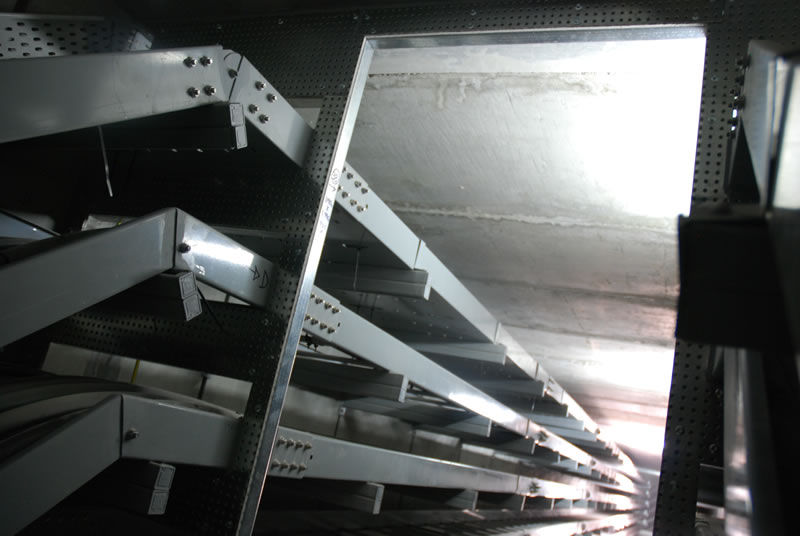 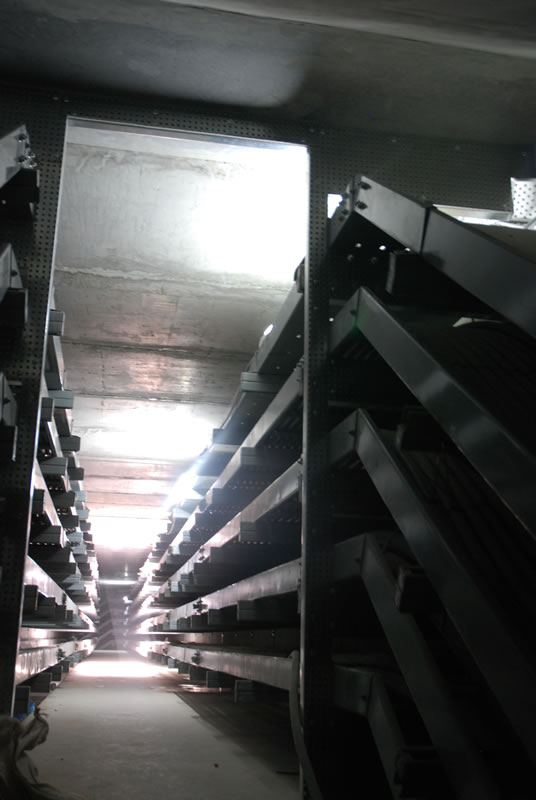 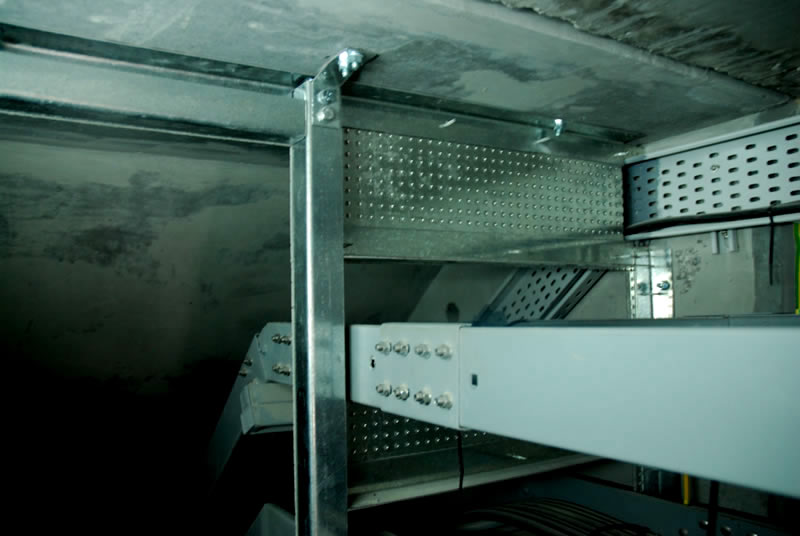 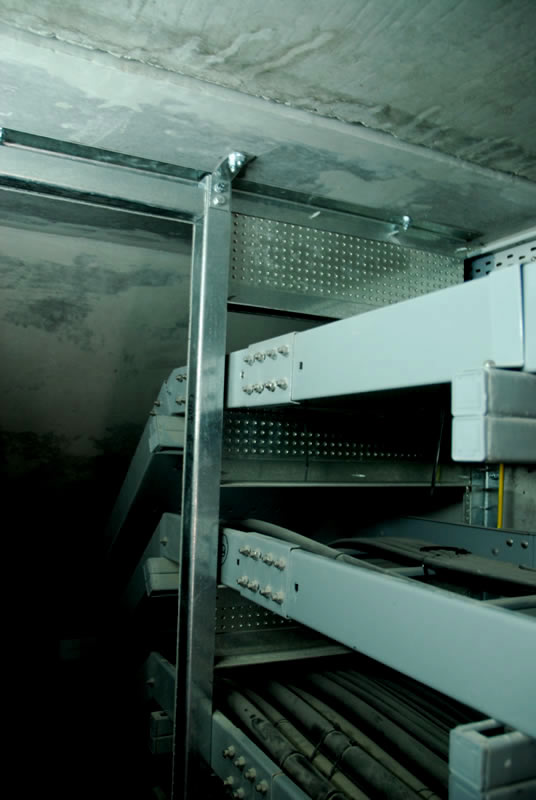