Qatar Rail is a railway company owned and operated by the Government of Qatar. Established in 2011 as part of the Qatar National Vision 2030, Qatar Rail is responsible for designing, commissioning, building, operating and maintaining all rail networks within the State of Qatar, including the famous Doha Metro, widely recognised as one of the world’s most advanced metro systems.

Invicta Durasteel had been approached to design and install an over track exhaust (OTE) duct in five underground stations on Doha Metro’s Red Line South. As part of this project, we had to account for a large 5 x 3 metre opening in the concrete slab midway along the track in each station. The openings would be used to deliver transformer equipment from the platform level up to the mechanical rooms found on the intermediate level.

As well as accommodating these openings in our OTE project, we were asked to design a bespoke transformer equipment delivery hatch solution which would allow the openings to be sealed, preventing the spread of fire, heat and smoke between levels. The original proposed solution was to use precast concrete lift-out sections, but this was deemed infeasible due to the time it would take to remove them, a lack of space to manoeuvre and store them, and their extremely heavy weight.

The primary limitation on the hatches would be the time needed to operate them. As part of a busy train network, any equipment delivery or replacement would have to be completed within a five hour engineering outage window at night – meaning that the opening of the hatch must be as quick as possible.

As an underground station, space would also be an issue. The Red Line South’s mechanical rooms are extremely congested with equipment, leaving little space to manoeuvre and store items inside the rooms.
Finally, the hatches would have to be able to withstand people and equipment being moved or wheeled across the top side, as well as the piston effect exerted by trains passing on the underside.

We designed a bespoke Durasteel 2-leaf hinged hatch solution which met all of the performance requirements. The hatches were 140mm thick and sat on the concrete slab, where they were hinged to a perimeter frame fixed down to the slab. This was finished flush with the screed, helping to avoid any trip hazards or obstructions to wheeling equipment.

The hatches were designed to be opened using a specialist high performance compact winch and pulley system, which allowed each leaf of the hatch to be opened in less than three minutes. This fell well within the time requirements, and meant that any maintenance or removal could easily be carried out during the five hour engineering outage window.

The winch was mounted to a removable mounting frame, which could be positioned when the hatch needed to be operated, and otherwise removed and stored so that it did not cause any permanent obstruction within the room. Once the leaves were in the vertically open position, they could be secured back to a post to prevent accidental closure and injury.

Invicta Durasteel successfully designed and installed bespoke designed hatches that met all of the performance criteria, and were easy, quick and safe to operate.

The hatches were fully certified and signed off by the client, and fulfilled their primary function of allowing equipment to pass through the openings to the station platform level. 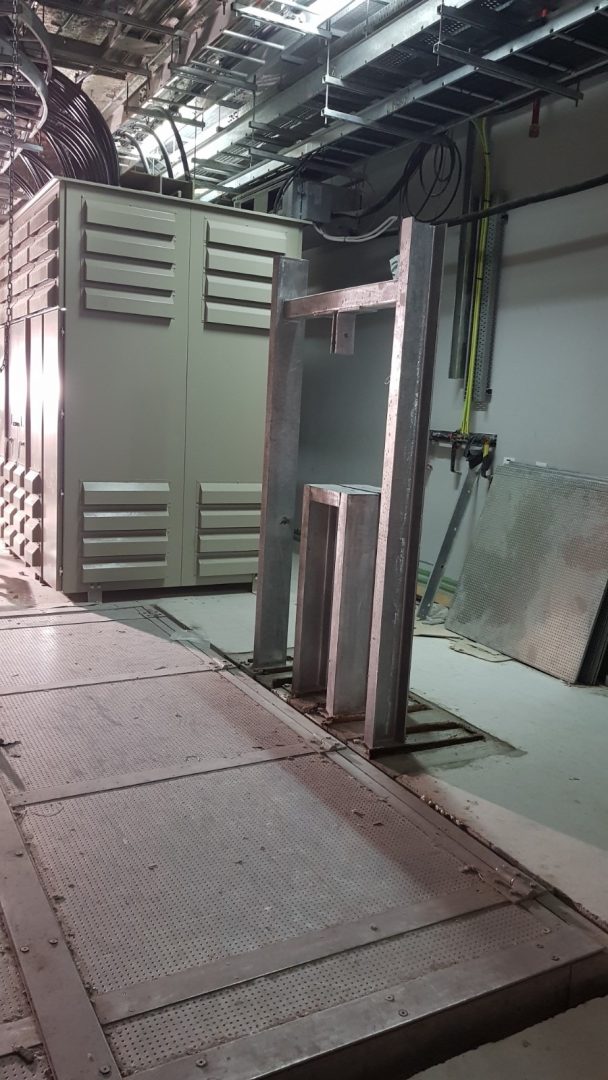 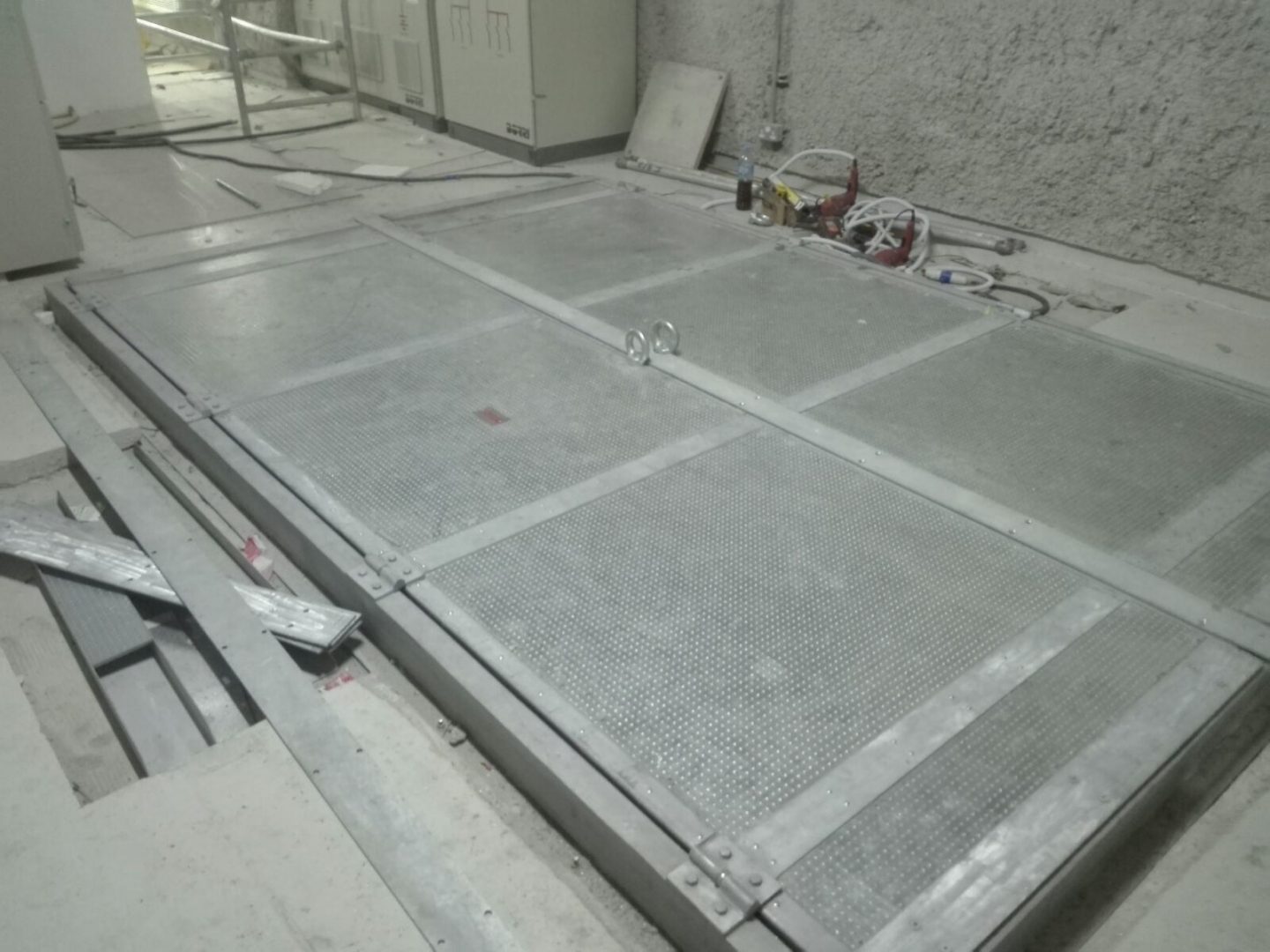