Dragon LNG is an LNG regasification terminal near the town of Milford Haven in Pembrokeshire, Wales. Together with the nearby South Hook terminal – the largest LNG terminal in Europe – it is capable of handling up to 25% of the UK’s total gas requirement.

Dragon LNG is based on a brownfield site which formerly housed the Gulf oil refinery, which was decommissioned in 1997. As well as connecting to the National Grid plc’s South Wales Gas Pipeline, the LNG terminals also feed the nearby Pembroke B Power Station, the largest gas-fired station in Europe. Dragon LNG approached us to install a radiating heat shield in a pumphouse at their Milford Haven LNG facility, which first became operational in 2009. The shield would have to provide 4-hour fire integrity as well as protecting nearby personnel and equipment from radiating heat.

The complex nature of the facility would require a bespoke heat shield design, taking into account not only the usual wind load requirements, but also the large deluge pipe system on the building entry line. We were given a six week timeframe for the project, which would cover an area of 451m².

Because we have worked on a number of energy infrastructure projects, we knew our engineers would have to be specially trained for working in a gas facility. Due to the size of the heat shield, the installation would also have to be carried out on specialist fixed scaffolding.

Another aspect of our learning experience on this project was the sensitivity of the surrounding environment. To cater for this, vans would have to be installed with special exhaust systems to prevent combustible fumes from being emitted, allowing them to safely move around the site. As part of our bespoke design process for the heat shield, we ensured that there were openings large enough for the deluge pipework to enter the building area. We also installed vermiculux fire protection boards for the building portal frame, providing heat transfer protection and ensuring that the structure keeps its integrity under intense heat.

Durasteel demountable access panels were used on one elevation for maintenance and inspection use. These allow for demountability by hand as opposed to by using mechanical lifting equipment, expediting the inspection process. We also installed Durasteel doors for personnel access, as well as a separate encasement for a diesel fuel tank used to power the generators.

All four walls (including the roof) were lined with the Durasteel system, so that – in the event of a fire – any heat radiating from the gas tanks would not halt the operation of generators for the deluge systems. As the construction was not down to the floor, there was enough ventilation to prevent the generators from overheating.

The works were successfully installed, signed off and certificated to the highest possible standards, as per the design report and the client’s specifications. 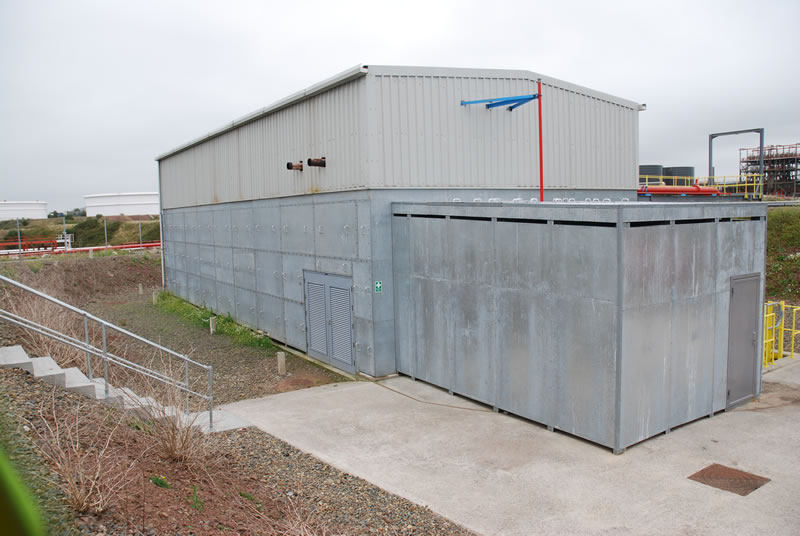 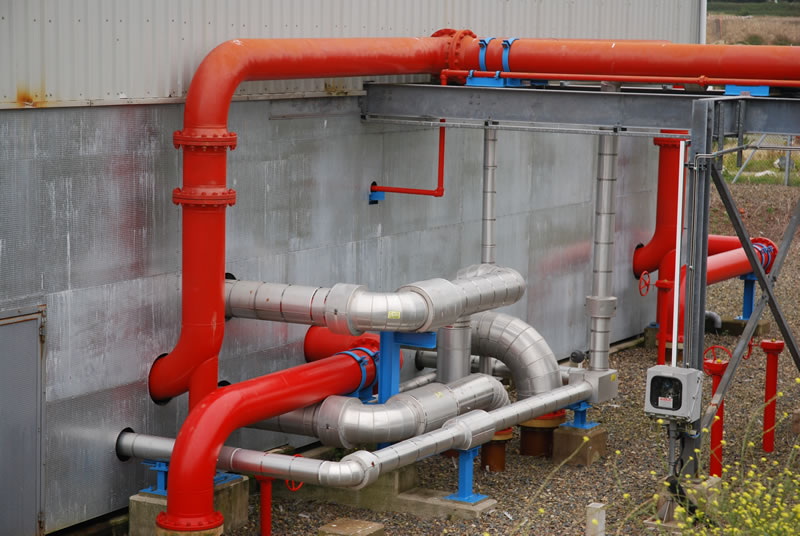 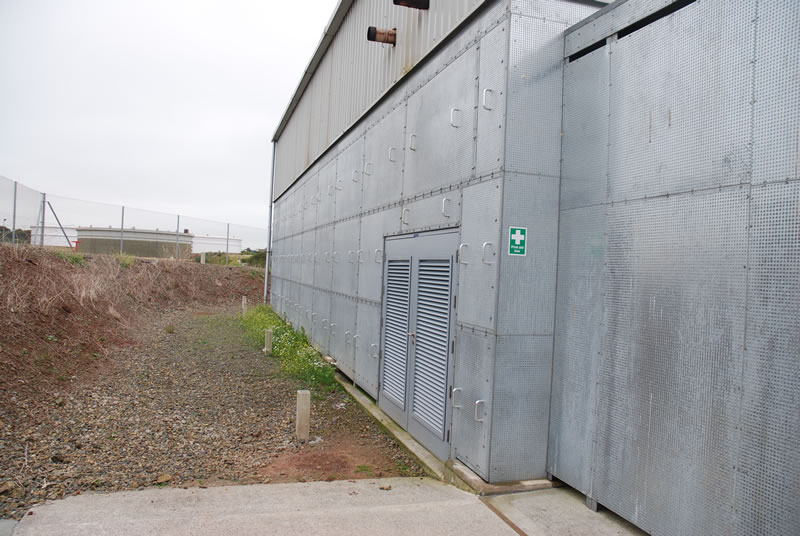 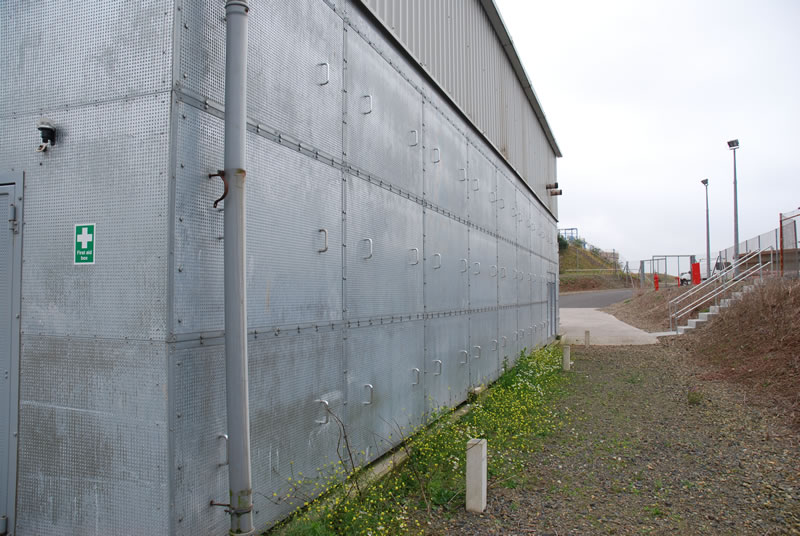