ArRiyadh New Mobility Consortium (ANM) is one of three consortia selected to deliver the Riyadh Metro Project. They are responsible for the 41.8km Line 3 of the Riyadh Metro which will form part of the six-line mega project that will run for a total length of 176km across the city.

The new Line 3 is the longest section of the gigantic metro project, serving the capital city of the Kingdom of Saudi Arabia. Line 3 is composed of 22 stations (including the iconic Downtown Station and Western Station), two depots, and six park & rides, and runs from West (near the Jeddah Expressway) to East (near the Khashm El Aam National Guard Camp).

Invicta was contracted to design and install a 6.6m wide x 2.1m high x 130m long smoke extraction OTE (over track exhaust) duct (highlighted in blue below) in the iconic 3E2 station. The duct system needed to be fully tested and certified to provide 4 hours fire protection up to 1000°C, and would have to include 94 fire-rated grilles (highlighted in green). These would extract smoke in the event of a station or train fire, and allow people to evacuate the underground station safely.

Some areas of the duct needed to be 3-sided, using the concrete soffit as the 4th side, while other areas needed to use a regular 4-sided rectangular duct. The whole system would require an internationally recognised fire certification, and also had to be able to withstand both an internal extract fan pressure of 1140 Pa and an external piston effect pressure of +-500 Pa created by the trains passing underneath.

The OTE duct had to sit within the existing platform screen door (PSD) steel framework (highlighted in orange), but also be structurally independent from it, which made installation extremely complicated.

The vertical post and horizontal beam steel structure that supports the platform screen doors had already been installed, and the OTE duct had to be installed to the inner side of this. This meant that it was not possible to prefabricate the duct sections on the ground and lift them up into position. Instead, the OTE duct had to be built in-situ from a mobile scaffold system located on the track area.

This could also only be done during night shifts, to allow free use of the track for the testing of trains during the day. This also meant that the scaffolding needed to be erected and dismantled every shift to avoid compromising the use and energisation of the track. The duct also needed to be painted to blend in with the surrounding aesthetics.

The OTE duct was installed in-situ from a mobile scaffolding platform located on the track during the night shifts. The CRC framework and hanger system was installed first, followed by the Durasteel sheets. All items were pre-painted off-site, and then touched up once installed.

Chemical sleeve anchor bolts were used in the extract shaft hollow block walls as a substitute for standard mechanical anchors, without compromising the structural stability and integrity of the system.

A team of eight Invicta operatives successfully installed the fully certified, fire-rated over-track exhaust (OTE) duct system over the course of four months. This sat independent from the PSD structure, and blended in with the surrounding aesthetics, without affecting the use of the track area during the installation period. 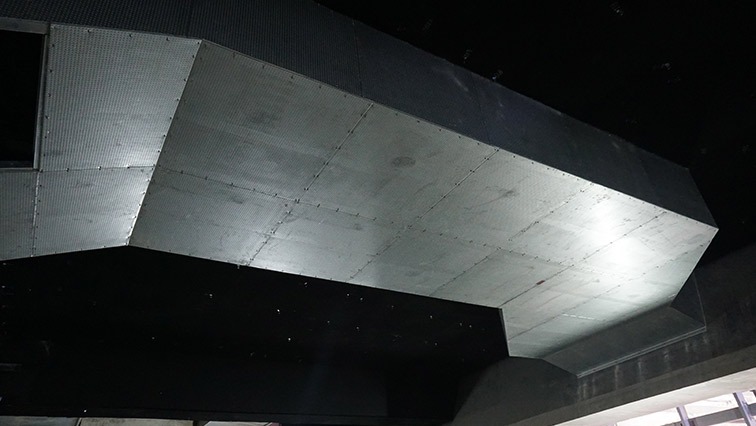 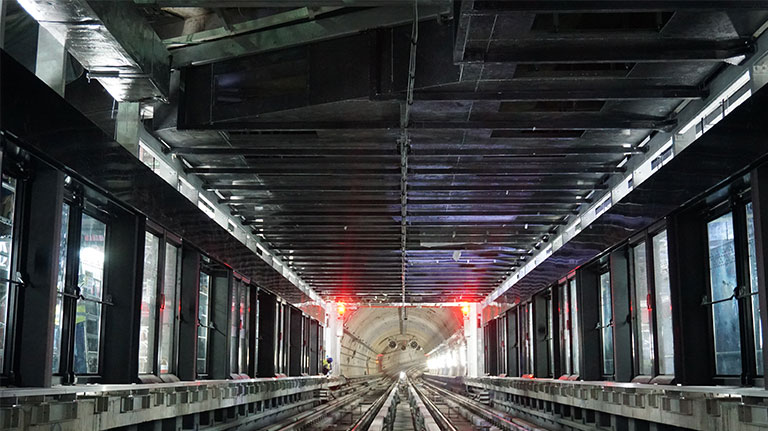 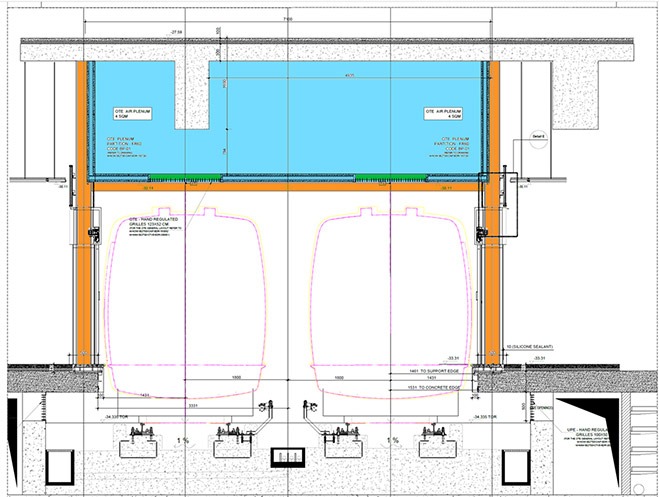 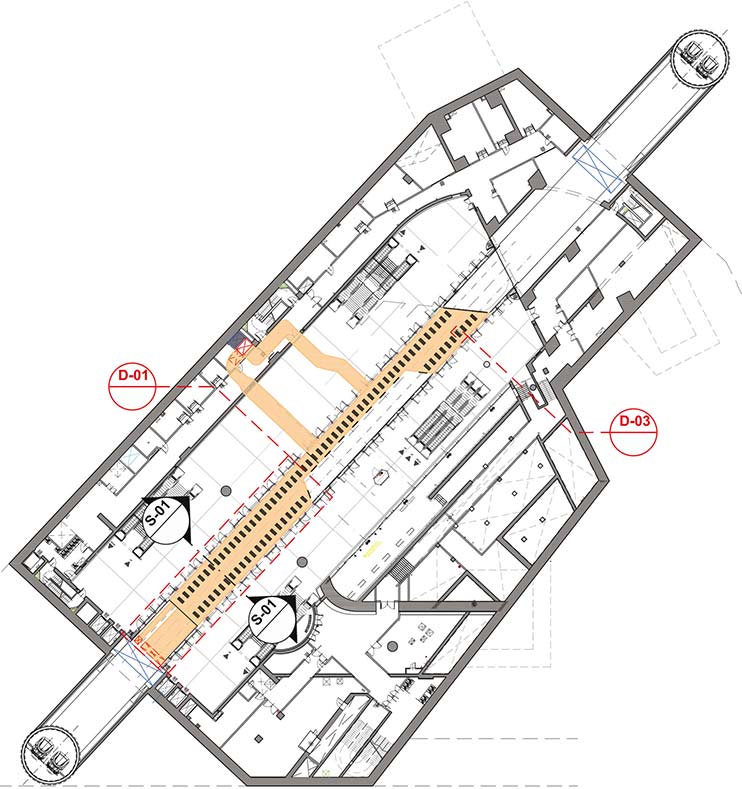 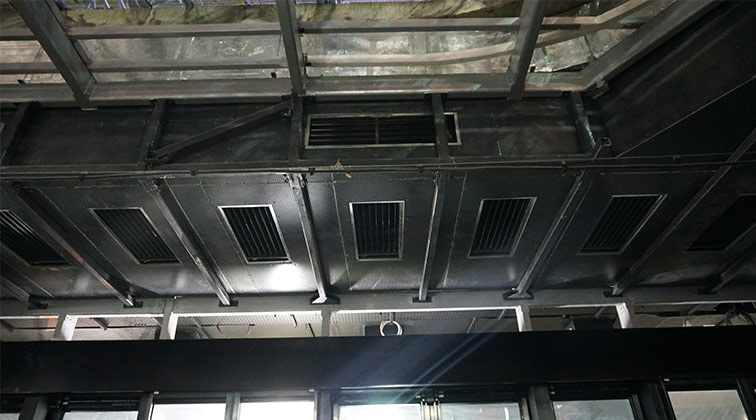 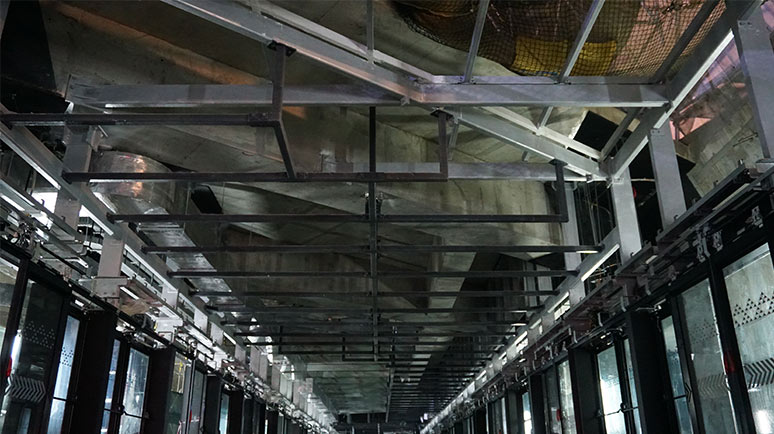